Data shows Litecoin has been observing accelerating adoptions recently, as its total addresses have now surpassed that of Ethereum.

As per a tweet from the director of the Litecoin Foundation, LTC’s growth has continued to accelerate even after surpassing Ethereum in total addresses. The “total addresses” here is an indicator from the on-chain analytics firm Glassnode that measures the total number of unique addresses of a cryptocurrency that have been involved in at least one transaction (whether as a sender or a receiver) on the chain during the entire lifetime of the network.

When the value of this metric goes up, it means users are creating new addresses on the blockchain right now, which could be a sign of new investors adopting the crypto.

Now, here is a chart that shows how the trends in the total addresses metrics for Litecoin and Ethereum have compared against each other during the last few months: 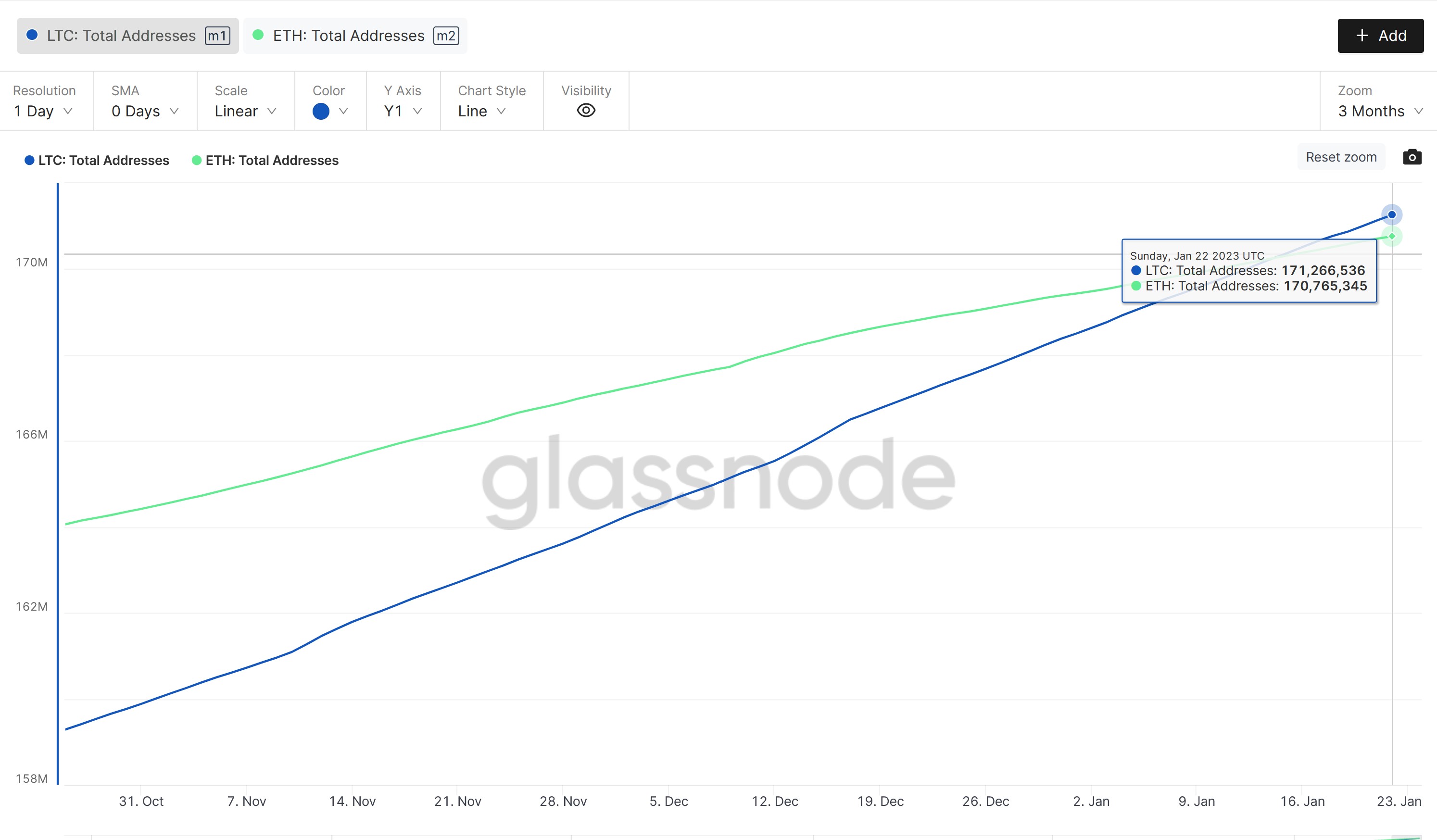 As displayed in the above graph, the total number of Ethereum addresses was greater than that of Litecoin until very recently. During the last few months, LTC has observed some sharp growth in new addresses on the network, and while ETH has also seen an increase, its growth has been significantly tamer.

Because of this difference between the new addresses being opened on these blockchains, Litecoin has managed to overtake Ethereum this month. However, even after pushing above ETH, LTC’s growth doesn’t seem to have shown any signs of a slowdown.

Rather, the indicator has been showing an accelerating rise. This implies that LTC has only been getting more popular in terms of adoption recently. Data from BitPay, the largest cryptocurrency payments processor in the world, only further backs this idea.

Think Bitcoin is the only cryptocurrency users are spending? Think again. Litecoin payments are on the rise

From the pie chart, it’s visible that LTC has been making up 27.64% of the transactions that BitPay has been handling, which is higher than the percentages for both Ethereum (11.66%) and Dogecoin (9.23%). The only coin that has seen more usage than Litecoin has been Bitcoin, which has accounted for 41.62% of BitPay transfers.

Litecoin seeing such high adoption as a mode of payment compared to the other networks is likely due to the fact that the cryptocurrency offers fast transactions at a very negligible fee.

The asset’s price has also been on an overall climb during the last couple of months, which is something that can attract new users to the network as well. More active adoption like this can be constructive for the price in the long term, as a fresh user base can provide a sustainable ground for price moves in the future.

This year is also when Litecoin’s halving, an event where its production rate will be cut in half, is scheduled to take place. Halvings have been historically bullish for cryptocurrencies, as they make them scarcer, so LTC seeing more adoption ahead of this event can be an optimistic sign for investors.