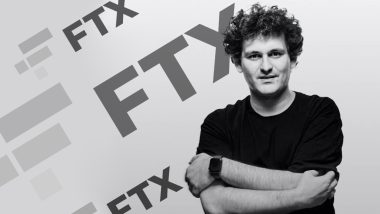 Sam Bankman-Fried, the disgraced founder of bankrupt crypto exchange FTX will be speaking at the New York Times’ annual DealBook Summit next week, as per the earlier schedule. SBF himself confirmed the same on his Twitter timeline a few hours back.

I’ll be speaking with @andrewrsorkin at the @dealbook summit next Wednesday (11/30). https://t.co/QocjPtCVvC

This would be SBF’s first public appearance since crypto exchange FTX sought bankruptcy protection. The bankruptcy proceedings have uncovered a lot of dark details about FTX. This involves the misappropriate use of customer funds, using company funds to buy personal properties, and much more.

Due to this irrational behavior with customers’ funds, FTX faced a $51 billion crash in its collateral. Speaking on this, SBF said:

“I didn’t mean for any of this to happen, and I would give anything to be able to go back and do things over again. I did not realize the full extent of the margin position, nor did I realize the magnitude of the risk posed by a hyper-correlated crash”.

What to Expect from FTX Chief At the Summit?

One of the spokespersons at the New York Times stated that SBF will participate from the island nation of the Bahamas where the crypto exchange is based. The crypto community has accused the NY Times of its soft reporting on the entire FTX episode. But in his tweet, Sorkin said:

“There are a lot of important questions to be asked and answered. Nothing is off limits.”

With the bankruptcy proceedings over the last week, SBF has already resigned as the CEO of the company. His public persona has also been muted. Instead of appearing on TV, SBF has chosen to make long tweet threads. But this social media presence has also brought trouble for the FTX founder.