5 Top Meme Tokens To Avoid In Your Portfolio This Week 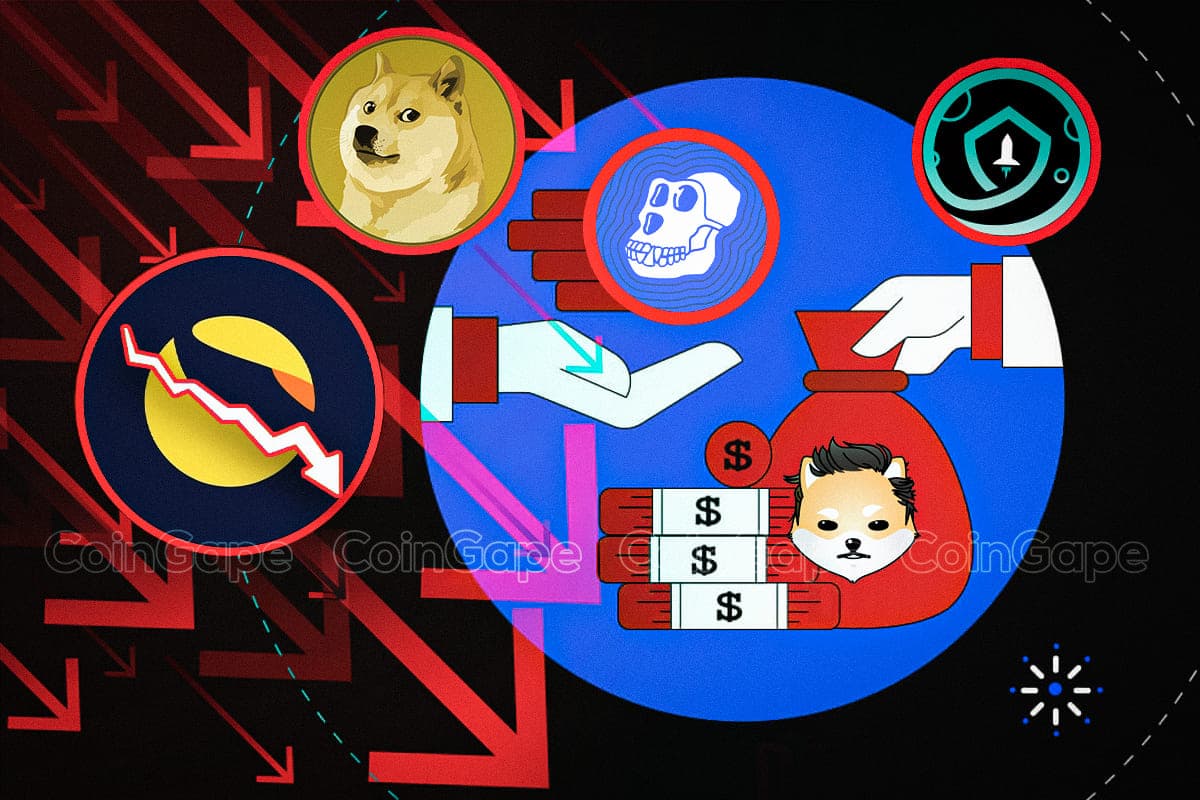 Ongoing lawsuits, layoffs, and prolonged crypto winter have had a significant impact on the market. According to CoinMarketCap.com, many cryptocurrencies saw their value plummet by more than 90%. The total crypto market cap dropped below $1 trillion. One of the reasons why the crypto industry saw the worst hit can be a slew of digital currency projects that have fallen short of expectations. Here’s a list of meme tokens one must avoid adding to their portfolio this week.

It is neither a popular meme coin nor a large following. According to Wallet Investor’s AI cryptocurrency analyst, DOE has a negative outlook and will follow a negative trend in the future.

FRONK coin came into circulation after the developers behind Solana-based meme coin BONK burned their allocation of 5 trillion BONK tokens. FRONK is the latest addition to the cryptocurrency market but miserably failed to prove its strength. Fronk’s current trading price is $0.00000005123, and its price has dropped by 30.21% in the last seven days.

This meme token is currently trading at $0.00000003143, which is down by 51.92% in the last 7 days. This coin is only listed on three exchanges, namely, MEXC, Raydium, and Orca, according to CoinMarketCap. Making it one of the meme tokens you should avoid adding to your portfolio this week.

ApeCoin (APE) is a meme coin with ties to the Bored Ape Yacht Club (BYAC) NFT (Non-fungible token). It is the utility token of the APE Ecosystem with its own Decentralized Autonomous Organization, the Apecoin DAO. $APE has lost nearly 80% of its value from its ATH. Until ApeCoin demonstrates tangible value and utility, it’s not worth buying.

This meme coin is currently trading at $0.00005466, and its price has dropped by 19.49%. The trading volume of SAMU is very low, hovering around $406.68 for the last 24 hours. According to Wallet Investor’s AI cryptocurrency analyst, SAMU will continue to fall in the future.

The post 5 Top Meme Tokens To Avoid In Your Portfolio This Week appeared first on CoinGape.